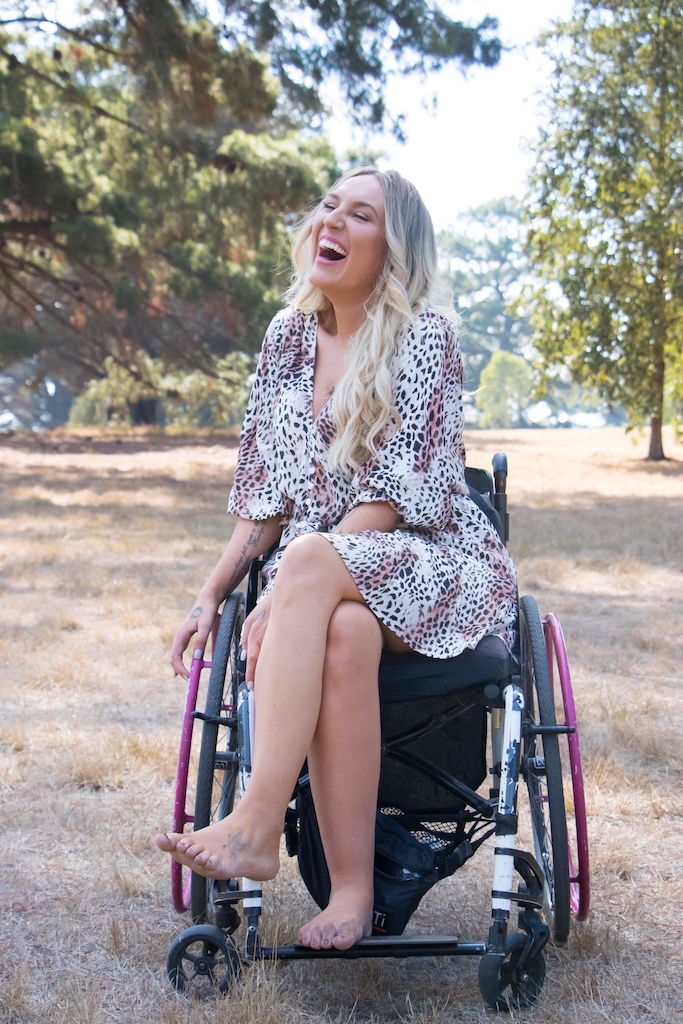 Tell us a little about your background. Where did you grow up and what were some of the challenges you faced?

I came into this world against the odds as my mother was told she could never have children, so growing up an only child definitely came with its highs and lows.
I guess you could say that not having siblings enabled me to develop an amusing imagination and great social skills.

This imagination led me to a love of animals as they quickly became my company as for as long as could remember I have forever had pets in my life. This love became a passion that led to a career in veterinary nursing up until I became a quadriplegic and was no longer able to physically preform the duties required in this role.

Although I had collected and rescued many of my beloved fur kids over the years, I longed to reconnect with animals in the way I did as I cared and nurtured them while I was nursing, little did I know that now the roles would be reversed and animals would be what would heal me.

I began horse riding as both physical and mental therapy and my love for animals continues to evolve on a spiritual level as they have become such an important part of my everyday life.

I am Melbourne born and raised and I contribute this to my absolute love and need for coffee, and an excuse to keep a wardrobe in my car due to Melbourne’s well known four seasons in a day! 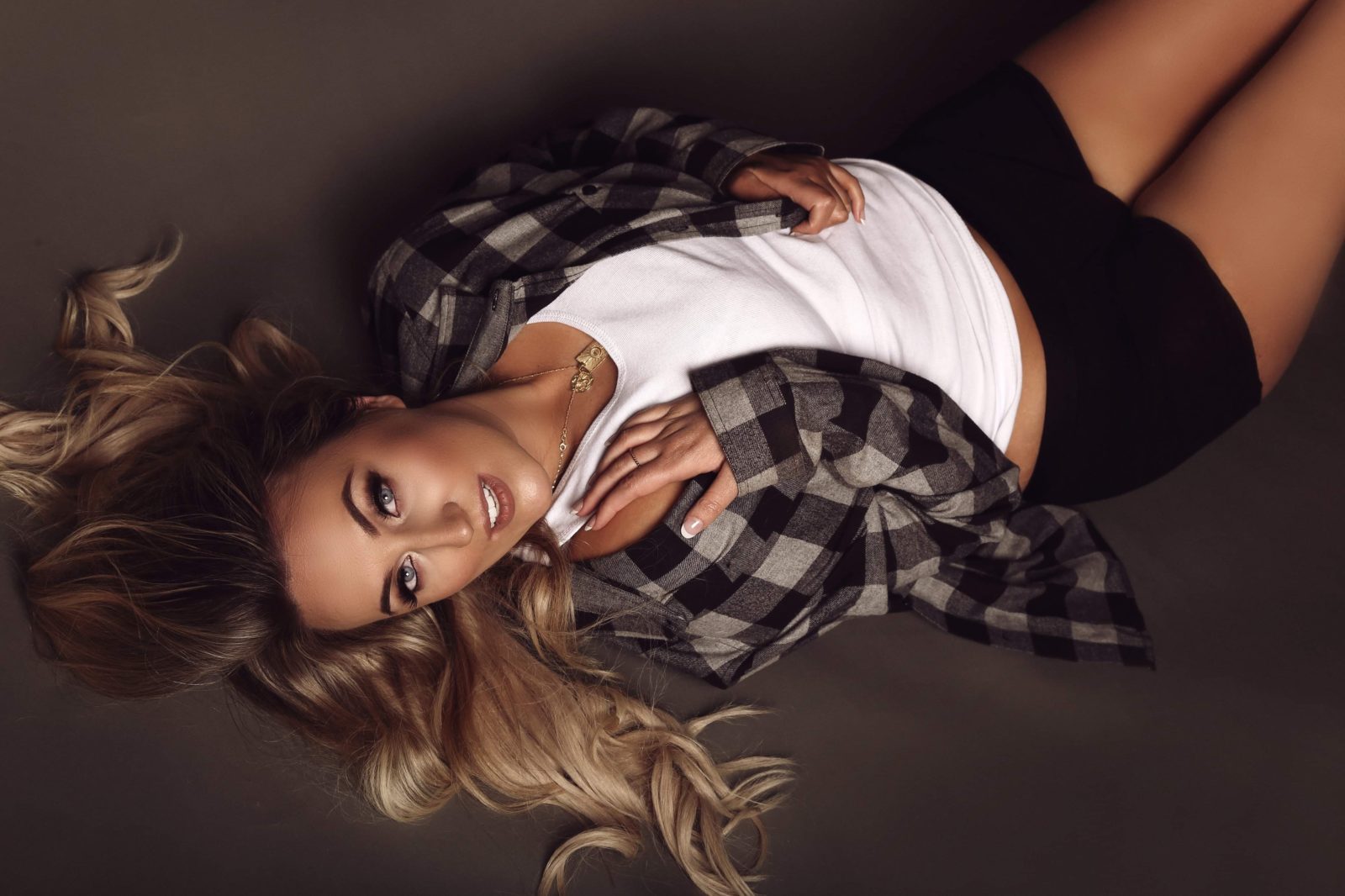 If your friends were to describe you in one sentence, what would they say about you?

I literally just asked one of my best friends this question and her answer was “Vivacious and empowering, but incredibly and brutally honest!”

We've been following your rise on social media for a little while. How did you get started with the big and brazen machine that is Instagram and Facebook?

A group of friends of mine actually created my Facebook page when I had my injury as a way to share information and update my loved ones on my recovery. It then became a fundraising platform to raise funds to put towards my recovery and equipment that I would now require as I would now be living my life in a wheelchair.

It was within the early days of being injured that I realised just how much of an impact social was having on people, that I decided it would be a great way to share the real experiences and everyday life of living with a spinal cord injury.
It also became quite therapeutic for me as it provided me with a way to use my hands in some capacity as they could barely move, and it became a form of expression or an online journal in a way where I could be open, unfiltered and honest about the barriers and stigma associated with living with a disability.

Instagram became another means of expression not long after and it was with this that I created the #mywheellife brand that is a pure reflection of my personality and my life.

I share the good, the bad and the ugly so to allow people to see that social media isn’t just a highlight reel and that it really is just human nature so look and feel like crap one day, and then the next radiate happiness and beauty! 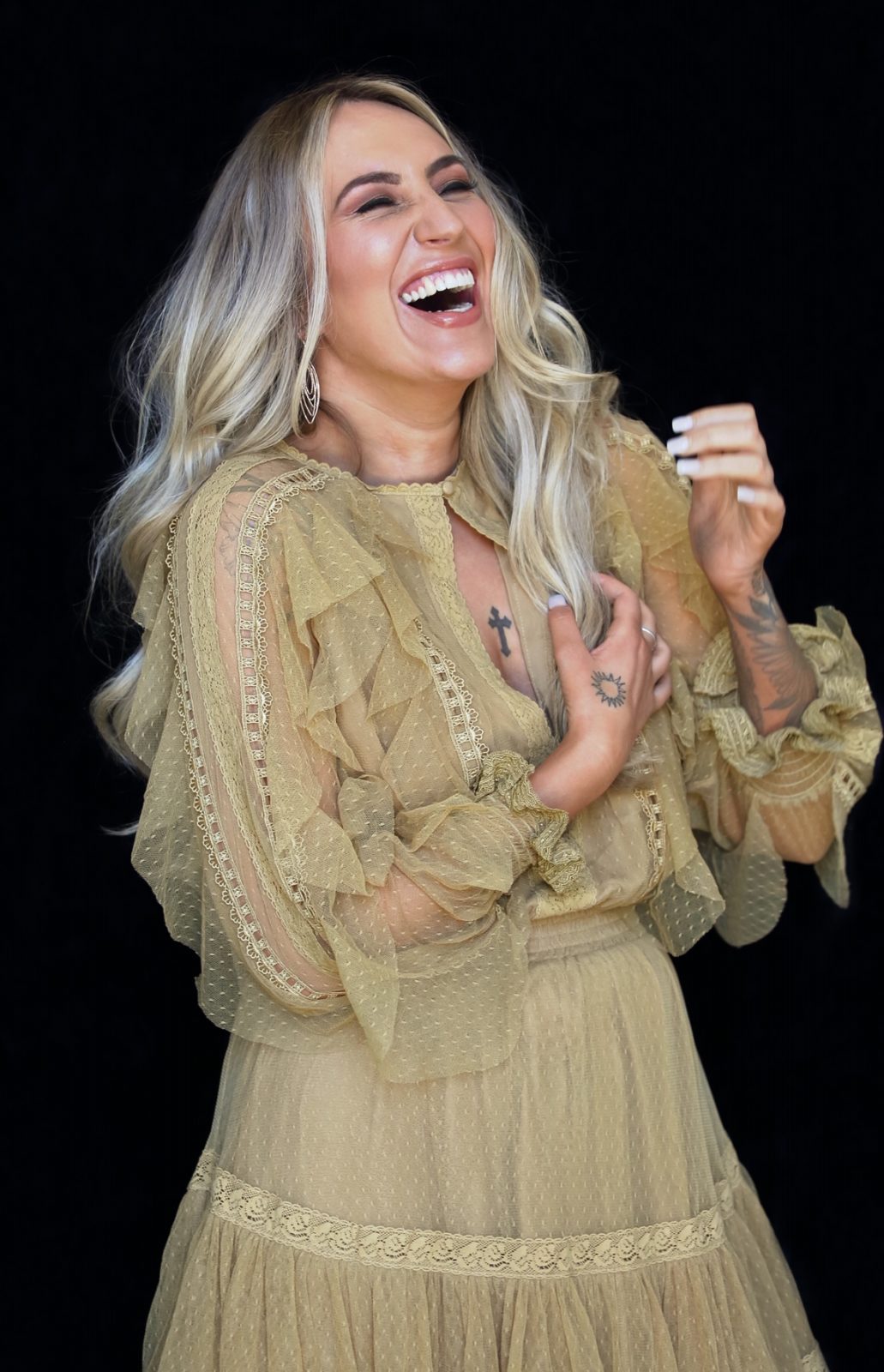 Do you find these mediums to be a positive tool to get your message out? Or does it feel like more of a chore at times?

My rule for social media is to not post if I don’t have something to say! I love reading captions as well as looking at the images, that being said there was a time where I relied on my audience to help me raise awareness for spinal cord injuries and my NFP Organization, The Next Step, so it did become a little bit of a battle with content and I was forever getting feedback from different influences and marketing organizations and this all became too much for me. I decided instead of getting overwhelmed and posting just to keep an active audience, to just remember why I created this platform and that if people don’t like what they are seeing or what I’m saying then they can simply unfollow me

Tell us a little more about your individual sense of style. What’s the go-to in your closet this winter?

Comfortable and bright! I used to be one of those girls who always wore dark shades of colour because it was “slimming.”
Now I’m happy and confident with my body that I wear clothes that reflect my personality and mood. I love being feminine in cute boho dresses but I’m also a jeans and t-shirt girl at heart and I love that you can create both a casual and smart look with pretty much any pair of jeans all year round! 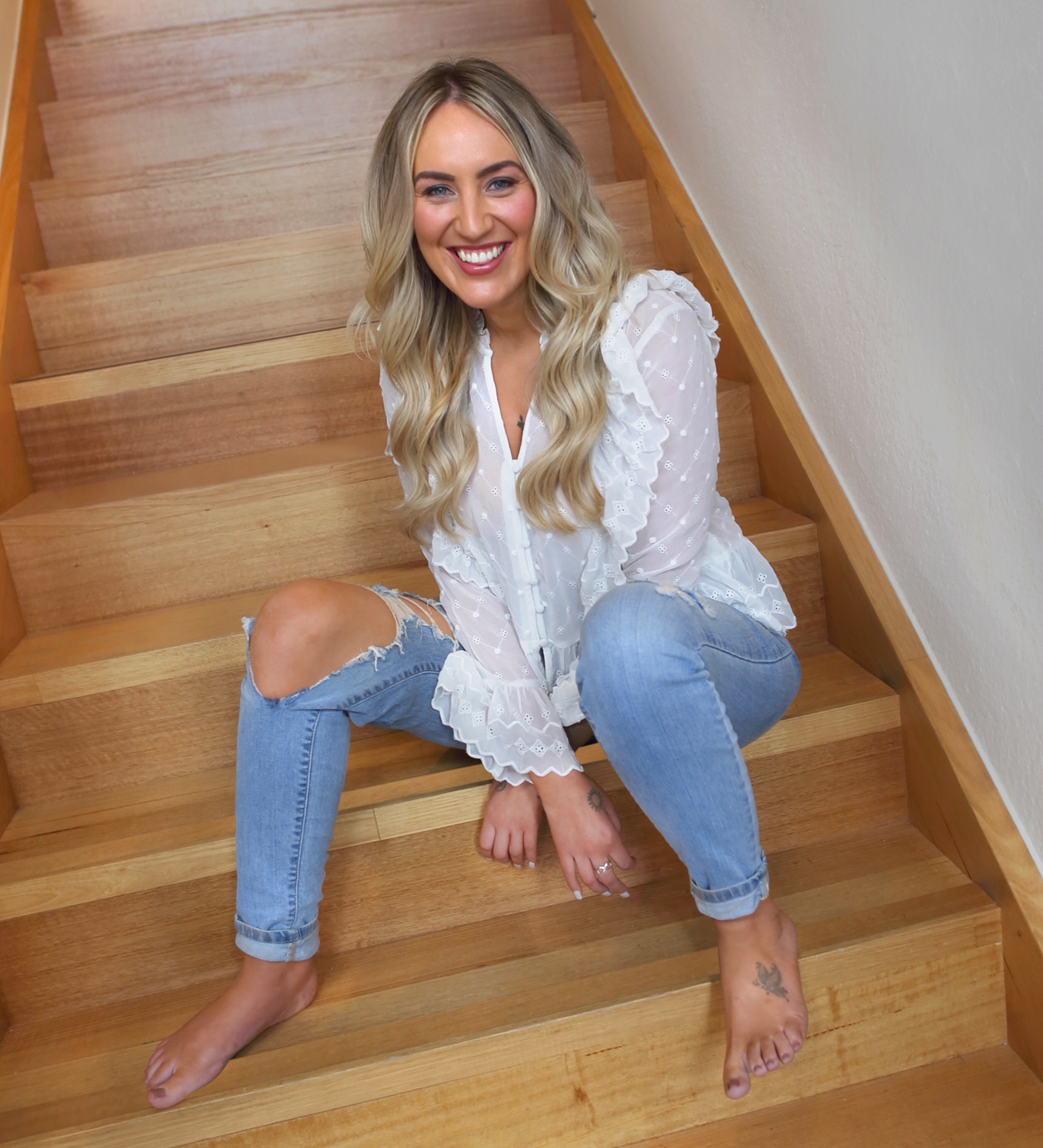 Do you have any tips and tricks to share when it comes to your overall health and wellbeing?

Self-care first! I am a nurturer by nature so inhibited the inability to say no to people and things for a very long time. This became exhausting and so unnecessary that I would consistently burn out and end up sick.

Having a spinal cord injury is exhausting within itself, so for me to find a perfect balance between the injury and quality of life, I had to realise that if something didn’t fill my cup, then I had to give it up and I truly believe this is a mantra everyone should embrace.

You have a really positive outlook when it comes to natural remedies for body and mind health. Please tell us a little more about your journey with this.

Ten years into my injury and I am at the healthiest and happiest I have ever been!
I turned to natural medicine practically as soon as I had my injury because I wanted to give my body the best opportunity to heal.

I was initially prescribed so many mediations in the hospital that I would take one look and the side effects or contraindications and couldn’t see how the amount of side effects could benefit or overrule the actual need for the medication so decided that I would only fuel my body with things that had been made from the earth, not by a factory. From this I also decided to cut meat and dairy out of my diet as it was messing with my digestive system and implemented the same and similar rule as I mentioned previously; “if it doesn’t fuel me, then it’s no good for me!”

Coffee and cake will forever be the exception though!

I have embraced holistic ways of healing throughout my entire recovery journey as for me, it’s worked! This has included Chinese medicine, massage therapy, animal therapy, meditation and even filling my bra with crystals! 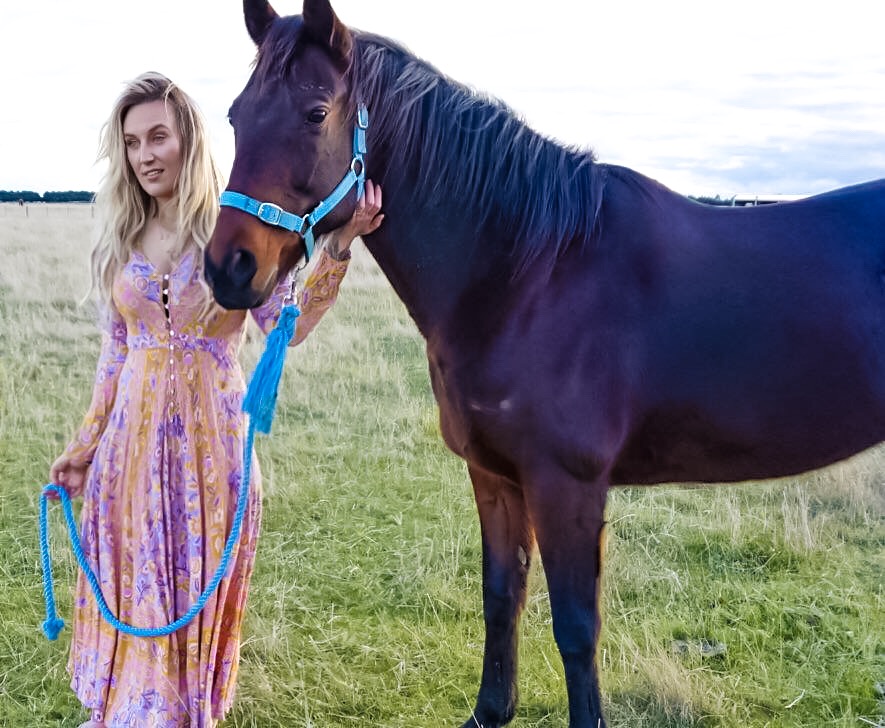 What made you pursue a career in modelling? Was it influence from friends and family, or more of an internal interest in where it could lead?

Honestly, the thought of modelling never even crossed my mind until I began developing relationships with brands that hadn’t opened their market and audience up to disability inclusion. Much like I’m sure any other diverse model would say; we are working to create a normality to what is currently viewed as different instead of segregating the able bodied to the disabled or the thin to the plus sized models. I’d personally love to see all of those terms dropped and we could as be viewed as one.

Diversity is a big talking point in our industry, and we know that many brands are making really positive moves in this space, with all sorts of models included in top campaigns. What are some of the brands that have reached out to you?

I was recently included in a shoot with Bendigo based clothing brand Frankie & Co and I can’t begin to tell you how amazing this day was. There were a wonderful bunch of women, of all shapes and sizes and we all just had the absolute best time working together and raising each other.

I am still finding that it’s generally me reaching out to brands introducing myself and my mission of inclusion which is a little disappointing but hey, I’ve got a pretty loud voice and I’m determined to be heard!

I guess this is a nice Segway into asking how you came to join the Wink family?

How could I not?! Wink is working towards creating a more diverse world within fashion and modelling industries and I absolutely wanted to be a part of getting that message out there! What are your tips for budding models who might want to make a start in this industry?

There is so much power behind rejection and being told no! This power is motivation, it should drive you and keep you determined and be a constant reminder of exactly why you are wanting to make an impact. Stay true to who you are and what you believe in and eventually the yes’s will by far out way the noes.

One final question for you – If you could fast forward 5 years into the future, what do you think life would look like for you?

That’s such a tough question because I’ve been a girl with a plan before and that plan changed dramatically on more than one occasion but definitely taught me many lessons.
Now I don’t make plans, but I do make goals and have hope. So in 5 year’s time I would hope that I’ve ticked a few things off my goals list such as seeing different parts of the world, expanding and evolving my recovery and wellness centre, The Next Step, building a legacy behind spinal cord injury recovery and a potential cure for spinal cord injury and continued advocating for disability inclusion.

Rihannon is a WINK Model and influencer based in Melbourne.

At time of publishing, she has over 22k followers on instagram – Rhiannontraceymywheellife

If you would like to enquire about Rihannon, or any other models on WINK’s diverse books please get in touch with us.

4 Steps to Turn Self-Doubt into Self-Confidence

When you have a well-defined path in life, and are ready to reach your goals, self doubt can be a rapid way to bring you off track. At WINK Models, we believe you can achieve anything you put a positive mindset to. At some point in your career path, it becomes necessary to #backyourself and turn self doubt into self confidence. We’ve created 4 main steps to bring your self esteem right back up to where it belongs.

Rachel in Crave You pt.II

Rachel is continuing to amaze us here at WINK with her second feature in Yume Magazine titled 'Crave You Part Two', take a look! 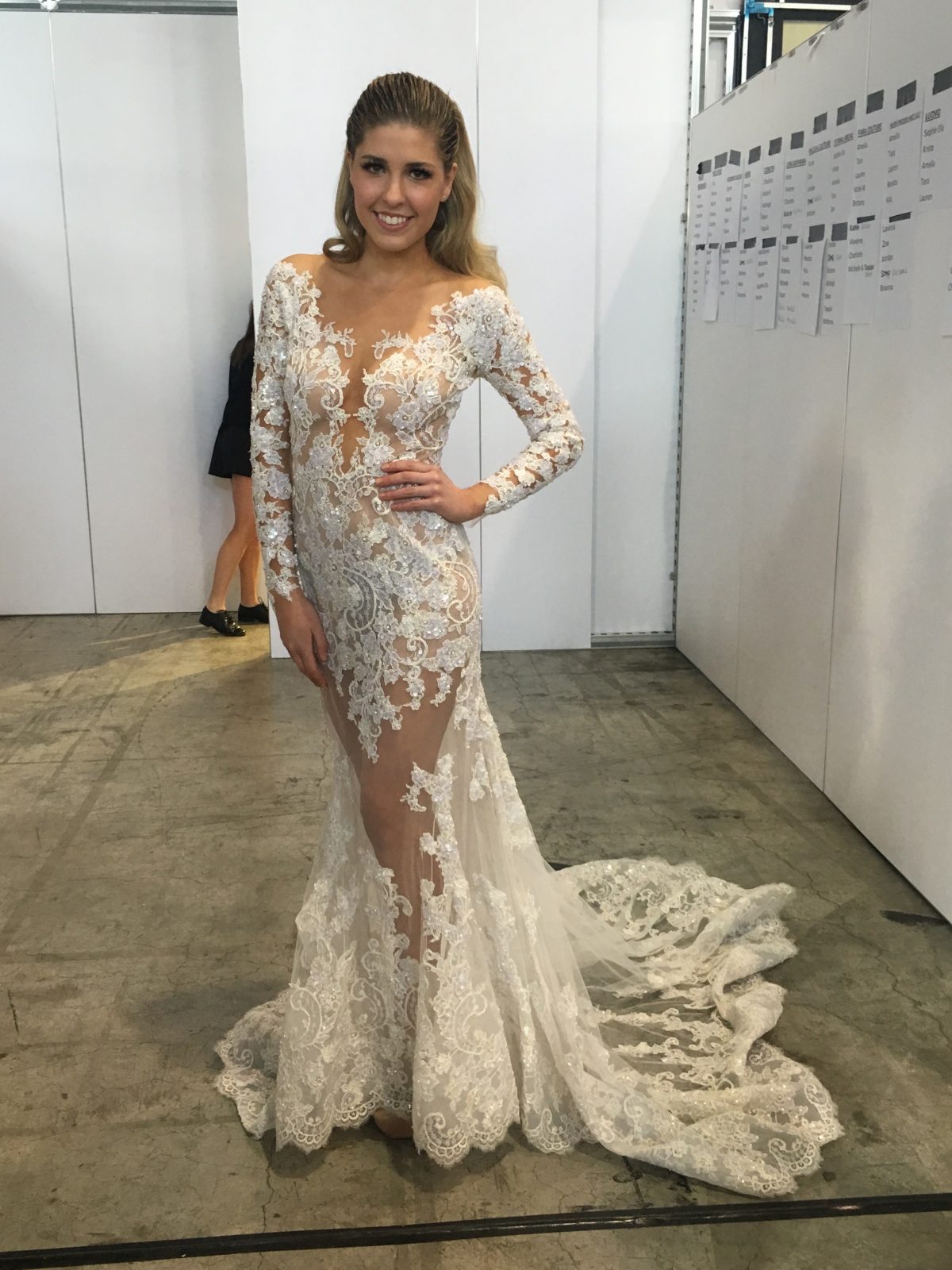 WINK model, Lavinia, has made it to the state national finals for Miss World Australia 2016

WINK couldn't be prouder of Lavinia for living out her dream and making it to the state national finals for Miss World Australia! Read on to learn of her journey and check out her fab photos. WINK went international last week! Some of our amazing girls got the chance to be involved in Colombo Swim Fashion Week 2016 over in Sri Lanka. We spoke with Lauren Mita about her experience on the trip,